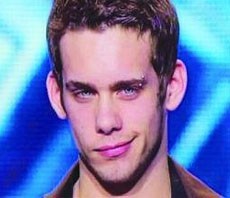 Although Yohann Beaufils could have easily become an international male model, he insisted on following his passion for music. He competed and won many local singing competitions, such as first prize in « À vous de chanter » in Falaise France.

Yohann was previously casted in la Nouvelle Star in 2008, before making it to the semi-finals of X Factor 2011 France. He was voted out during the selection of the top 6 candidates in the boys below 25 category.

The handsome Yohann Beaufils comes from Dieppe a French commune situated in the Departement of Seine-Maritime and the Haute-Normandie region.

Help us improve this page:   Correct or update the Yohann Beaufils page