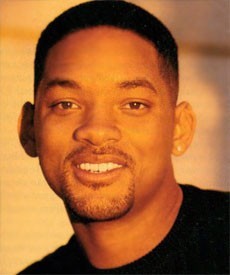 Will Smith is a famous American actor, rapper and producer.

His full name is Willard Christopher also known as Will Smith Junior, he was born on the 25th of September 1968.

Will Smith became popular on screen in the 80s tv series The Fresh Prince of Bel-Air.

Will has appeared in many successful blockbuster hollywood movies including Bad Boys movies, Men in Black movies.

In the late 90s and early 2000 he appeared in great movies such as Independence Day, i-Robot, Ali, I am Legend and Hancock.

His 2009 movie Seven Pounds was also a big success.

Will Smith was the only actor in history to have eight consecutive films gross over hundred million dollars in the box office.

Will Smith is the only actor in history to have 8 consecutive movies open as number One in the U.S. box office as a main actor.

Will Smith has been labeled as the most powerful actor on the planet by Newsweek magazine.

Smith has won multiple Grammy Awards and he has been nominated for 4 Golden Globes and 2 Academy Awards.

Help us improve this page:   Correct or update the Will Smith page