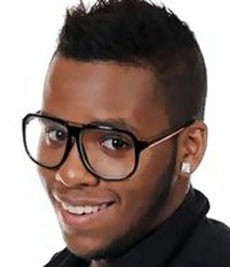 Sofiane Boncoeur was a nineteen year-old student when he joined X Factor 2011.

He Left home in 2010, against his family, to discover himself as an artist and to prove his determination and strong will.

In 2010, Sofiane participated in New Star. Despite a torn knee ligament during the dance competition, he ran courageously to the jury for the ultimate song.

Sofiane Boncoeur sang the song Just The Way You Are by Bruno Mars.

He convinced the jury of his talent in March 2011 and was chosen as one of six candidates in the group of boys under 25 years.

Help us improve this page:   Correct or update the Sofiane Boncoeur page