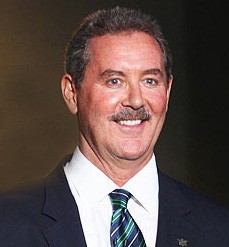 Sir Allen Stanford is a fifth generation Texan who lives in the U.S. Virgin Islands.

In addition to his American citizenship he holds another from the Antigua and Barbuda since 1999.

Sir Allen was the first American to be knighted by that Common-wealth, He got honored by the Governor of Antigua and Barbuda, Sir James Carlisle.

Allen Stanford has been the subject of several fraud investigations since january 2009, on Tuesday the 17th of February 2009 he was charged of suspicion of massive fraud involving more than 8 billion dollars.

Help us improve this page:   Correct or update the Sir Allen Stanford page