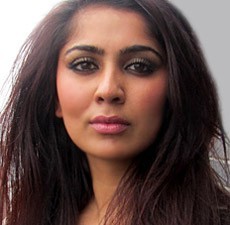 Shanna Bukhari is a Muslim British Pakistani model and beauty queen who created a lot of hype in 2011 for possibly being the first Muslim British representing Britain in an International Beauty contest.

The controversy started when Shanna claimed that she got threats from Muslim men who were against her taking part in the beauty contest as a Muslim woman.

The Manchester, England-based fashion model might win the British contest in May and become the first Muslim to represent Britain at the international contest.

Shanna Bukhari admitted to receiving nasty messages through her Facebook account, from users who labeled her as a dirty Muslim. They wrote on her wall and via messages that England is a white nation country and that she should not be allowed to represent Britain in the contest.

Help us improve this page:   Correct or update the Shanna Bukhari page