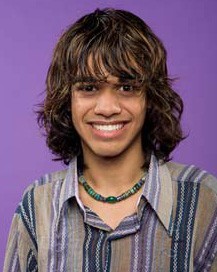 Sanjaya Malakar is a Former American Idol contestant, he was born in the Seattle metropolitan area, Sanjaya is the son of a Bengali Indian father, Vasudeva Malakar, who emigrated to USA as a Hare Krishna pujari, and an Italian American mother, Jillian Recchi Blyth. Both his parents are followers of the Vaishnava Hindu religion.

Sanjaya Malakar parents filed for divorce when he was three years old, his family had almost no money coming in.

Sanjaya Malakar mother and the family were living in a Seattle apartment with only the welfare income.

Millions from around the world have voted for Sanjaya Malakar, making him reach the top 7 finalists of American Idol.

Sanjaya Malakar had clever performances, creative hair styles and his cool attitude gave the United States of America something to talk about.