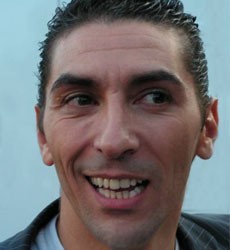 Sam Touzani is from Berber Rif origins, but was born in Brussels.

In television, Sam Touzani was the first Belgian presenter of Moroccan origins to make an appearance on television. He presented among many other shows Luna Park on RTBF, between 1992 and 1996.

Help us improve this page:   Correct or update the Sam Touzani page