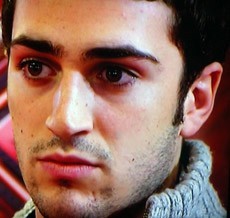 Raphaël Herrerias came from the city of Saint-Etienne in France to take part in X Factor 2011 France.

Raphaël Herrerias was born in the year 1991, he was only 20 years old and a student in musicology when she joined the Talent show.

During his casting in Lyon, Raphaël Herrerias impressed the jury with his interpretation of a song by Alain Bashung called At night, I lie.

For his final song he sang Junebug for Robert Francis.

Help us improve this page:   Correct or update the Raphael Herrerias page