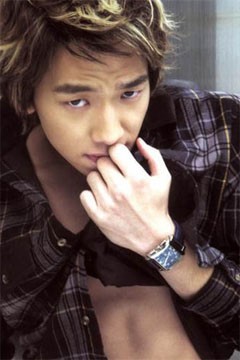 Rain also known as Jung Ji-Hoon was born on the 25th of June 1982 in Seoul. Rain is a male Korean R&B and pop singer.

Rain is considered today to be the South Korean King of Pop. His music albums have topped the charts in Japan, China, Taiwan, Thailand, Indonesia and South Korea.

Rain is trying to reach his goal becoming famous in America. Rain has already performed in U.S.A. in the Madison Square Garden. He has also recorded a duet with B2Ks Omarion.