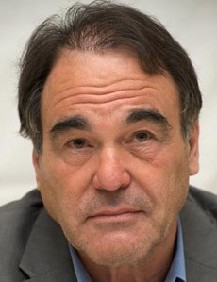 Oliver Stone is a famous movie director from America.

Oliver Stone was born on the 15th of September 1946, He is also a screenwriter.

Oliver became popular as a movie director after he directed few movies about Vietnam War, since then most of his work is dedicated towards political and cultural issues.

The good work of Oliver Stone got him 3 Academy Awards.

Help us improve this page:   Correct or update the Oliver Stone page