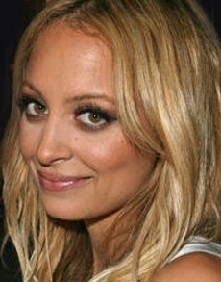 Nicole Richie is is an American actress, author, and media celebrity.

Her full name is Nicole Camille Richie and she was born on the 21st of September 1981.

Nicole Richie is also a TV personality and a singer.

Nicole became popular for her role in the TV series The Simple Life, opposite her very close friend Paris Hilton.

Help us improve this page:   Correct or update the Nicole Richie page