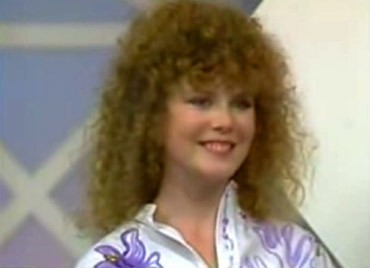 Nicole looked cool and calm yet very confident the way she is today.
with her blond hair which I personally love.

Nicole is by far one of the greatest actresses of our times .

Watch the following video of Nicole Kidman in 1983 where she appeared on an Australian TV trying to promote an upcoming movie entitled BMX Bandits.

Help us improve this page:   Correct or update the Nicole Kidman page