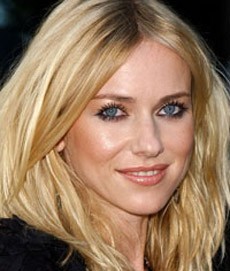 Real name is Naomi Ellen Watts, She was born on the 28th of September 1968 in Britain.

Naomi Watts acted in the the Home and Away Tv soap opera series and the family sitcom Hey Dad.

In 2001, She acted in the movie Mulholland Drive and a year later in the horror movie The Ring.

In 2003, Naomi took role in the movie 21 Grams which was nominated for two Academy Awards.


In the year 2005 she starred in the remark of the Hollywood movie King Kong, her role was opposite Adrien Brody and Jack Black.

Her recent roles include the hit movie The International and Mother and Child.

Help us improve this page:   Correct or update the Naomi Watts page