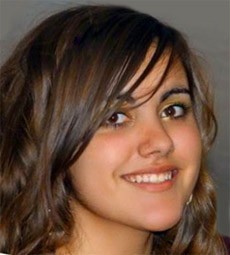 Marina D'Amico from Lorraine is a French singer, finalist in X Factor 2011.

Marina was just a 16 year old schoolgirl when she took part in X Factor 2011 France. The youngest in the competition, Marina D'Amico thrilled the jury and the audience alike with her freshness and her extraordinary vocal skills. She drew from her experience as a solo singer among a choir of 500, as well as her past participation in numerous festivals; She started singing at age 4 years!

Marina D'Amico was the very last finalist with Matthew Raymond-Barker, but lost in the final face-off. All throughout the primes, she was not able to overcome her extreme shyness, despite her strong vocal technique.

The greatest discovery on the show shall remain however the "curiosité" artist Maryvette Lair!

Marina D'Amico took her first steps on stage at the age of eight. She sang for artists such as Dany Brilliant and Patrick Fiori.


Marina attended the musical Starmania in role of Crystal in front of 4000 spectators, accompanied by 1000 singers directed by Jacky Locks.

She sang on the biggest stages in my city: Galaxy Amnéville.


Marina D'Amico dreams of having a career that would last like legendary singer Jean-Jacques Goldman. In the casting she sang a song with panache by Björk.

Help us improve this page:   Correct or update the Marina D Amico page