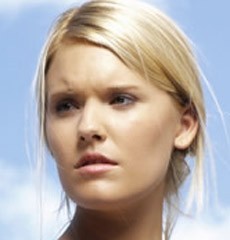 Her full name is Margaret Grace Denig. She was born on the 21st of September 1983.

Maggie Grace used to live in Worthington, Ohio but she quit her school and decided to move to Los Angeles with her mom.

Maggie Grace financial situation was very bad, however she still made it to her first role in 2001, with a web based video series known as Rachel's Room.

One year later Maggie Grace she took the role of Martha Moxley in TV movie named Murder in Greenwich. For her role in that movie she was awarded the Young Artist Award nomination.

Help us improve this page:   Correct or update the Maggie Grace page