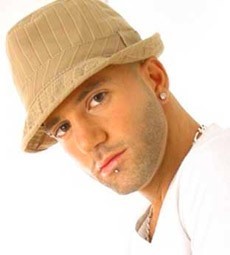 Karl Wolf is a famous Canadian singer who lives in Montreal, Canada. Karl Wolf was born in Lebanon, his birth name is Carl Abou Samah.

Karl Wolf is not only a singer, but also a songwriter and a producer since the year 2001.

Karl Wolf released his first album entitled Face Behind the Face in January of 2006.

In November of 2007, Karl Wolf released his second album which was entitled Bite the Bullet.

His third album was released in the end of the year 2009 and it was entitled Nightlife.

Help us improve this page:   Correct or update the Karl Wolf page