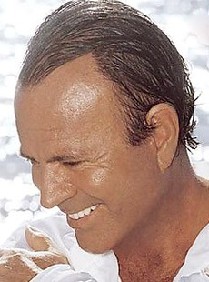 Julio Iglesias was born on the 23rd of September 1943.

Until 2010 Julio Iglesias has released 77 albums.

Julio Iglesias is one of the top 10 best selling singers in history according to Sony Music. His son Enrique Iglesias is also a pop artist and singer.

Julio Iglesias international fame spans between the seventies and eighties.

Help us improve this page:   Correct or update the Julio Iglesias page