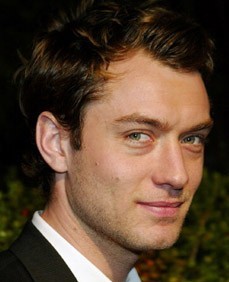 Jude Law is an English International Actor, he is also a director and a movie producer.

His full name is David Jude Heyworth Law . Jude was born on the 29th of December 1972.

In 1987, Jude Law started his career by taking acting roles at the National Youth Music Theatre.

In the year 2003, Jude Law got a nomination at the Academy Awards for his role in the movie Cold Mountain opposite Nicole Kidman.

In the year 2007, the French government named Jude Law as a Chevalier of the Ordre des Arts et des Lettres.

Help us improve this page:   Correct or update the Jude Law page