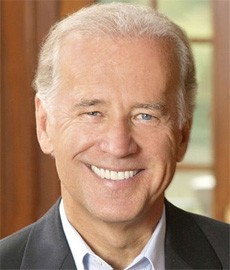 Joe Biden, also known as Joseph Robinette was born on the 20th of November 1942.
Joe Biden is the senior United States Senator from Delaware. He is the 2008 Democratic Party Vice-Presidential Nominee and a candidate for reelection in the United States Senate.

Barack Obama announced that Joe Biden would run as his mate for the 2008 US Presidential elections.

According to Barak Obama presidential campaign, Joe Biden has fought every day in service of improving the lives of middle class families and public.

Help us improve this page:   Correct or update the Joe Biden page