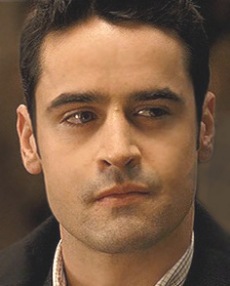 An American actor, whose parents pushed him as a child to follow their footsteps as actors. Once their only son was born on 28 May 1979 they started him in showbiz straight away getting him kiddie modelling and acting jobs; well, it was one way to get a college fund!

Jesse's first major role was at the tender age of 5 in 'Falling in Love' and throughout his childhood years he embarked on a number of different roles including hollywood blockbusters such as 'Presumed Inoocent' and small screen soaps like the 'Guiding Light'.

By the time he hit his double figures Jesse had acted alongside Robert De Niro, Meryl Streep, Harrison Ford and Steve Martin - to name just a few of his big movie co-stars.

It was in 1993 that Jesse got his big movie break with his role as Aaron Kurlander in Steven Soderberghs 'King of the Hill'. He was nominated for a number of awards and got a lot of praise from movie critics.

Through out his high school years Jesse continued his acting career in big movie blockbusters and worked with such actors as Angelina Jolie, Johnny Lee Miller, Mimi Rogers and Bruce Davison - winning all the girls hearts once he returned from Mexico City where he had shot the movie 'Romeo and Juliet' with Leo DiCaprio!

Once he'd graduated high school he enrolled on a film course at Columbia University in New York City where he continued to build his impressive CV by taking a few road trips to Paris where he shot 'A Soldiers Daughter Never Cries' and Las Vegas for his independant movie - 'Speedway Junky'.

However it was his 2000 role as the loveable outsider, Cliff Pantone in 'Bring It On' that got him invites to some of the hottest parties around and he was so bogged down with movie scripts he took a break from studying to nail a couple of movies, including the 2002 US number 1 'Swimfan'.

Jesse finally graduated from college as a 'super-senior' in July 2002.

In 2003 Jesse embarked on making his mark on the small screen again with a re-occuring role in the emmy award winning TV series 'The West Wing' and he also completed a number of movies.

Jesse was in Europe in 2004 to shoot the now completed and much anticipated horror movie 'Victims'. In 2004 Jesse also had the grand opening of his New York Night club, The Plumm and his movie 'Eulogy' which co-stared Zooey Deschanel was released in the United States that October.

Ditching his teen image in 2005 Jesse released two very contradistinct movies in the United States, Mexico and Canada - 'Heights' featuring Glenn Close and 'Happy Endings' staring Lisa Kudrow. Both movies got a lot of critical acclaim and opened up further path ways in Jesse's growing 'coming-of-age' movie genre. Clint Eastwood gave Jesse the part of Rene Gagnon in his epic war movie 'Flags of our Fathers' which was based on the book by James Bradley. Shooting included Iceland as one location with, yours truly, embarking on a deranged escapade in search of bubba Jesse.

Between 2009 and 2012, Jesse took role in the following movies: Perfect Life, Drew in I Hope They Serve Beer in Hell and Table for Three. He also was part of the TV movies: The Eastmans and Other People's Kids.

In 2013, Jesse Bradford took role in the romantic comedy 10 Rules for Sleeping Around along side Ali Abouomar and Michael McKean.

Help us improve this page:   Correct or update the Jesse Bradford page