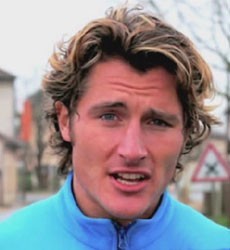 Jean-Philippe Cout is Mr. Alpes Dauphine 2011, and took part in Mister France 2011 next to Jonathan Duforestel who won the title.

Jean-Philippe went through a re-looking to become a Wanna ViiiP candidate in Carré ViiiP program on TF1.

Jean-Philippe is reffed to as monsieur muscles de Carré VIP or Mister Muscle. He used to be a mechanic and farmer in his hometown in the village of Dracé (Rhône). At 27, he decided to move to Paris seeking to become famous.

Help us improve this page:   Correct or update the Jean-Philippe Cout page