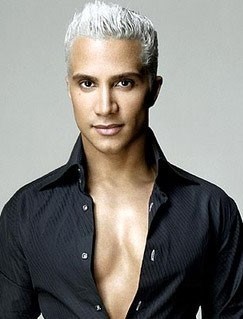 Jay Manuel was born on the 14th of August, 1972 in Toronto, Ontario, Canada. Jay Manuel is an established and a renowned photoshoot stylist, make up artist and guest judge. He has made his debut on the first cycle of America's Next Top Model as the thoughtful make-up artist and photo director who offered his sharp tongue, and industry expertise to help transform the girls from bland to becoming next top models.

Manuel hosts his own show (Style Her Famous) on the Style Network and he recently introduced his own make-up line, Manuel Override on QVC. Manuel, Jay Manuel an alumnus of York University, is openly gay.

He has worked in "the business of managing to aesthetic" for seven years. His list of clients have included Vogue, Harper's Bazaar, Victoria's Secret and Revlon.

Jay is currently set to host the second season of Canada's Next Top Model.

Help us improve this page:   Correct or update the Jay Manuel page