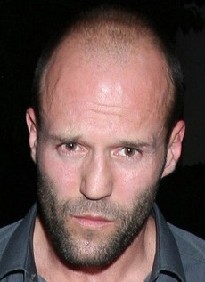 Jason Statham is famous for his roles in the crime films of Guy Ritchie such as Lock, Stock and Two Smoking Barrels. In addition to thriller movies such as Snatch and Revolver.

Statham is known for performing his own stunts and fight scenes.

Jason Statham played leading roles in movies such as The Transporter, Crank, The Bank Job and Death Race.

Help us improve this page:   Correct or update the Jason Statham page