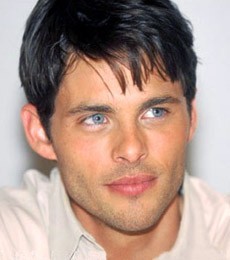 James Marsden is a famous American actor. His full name is James Paul Marsden and he was born on the 18th of September 1973.

Marsden is also a singer and a former model for Versace.

His first movie role was as Steven Willis in the 1993 Television movie Ambush in Waco - In the Line of Duty.

James Marsden became famous worldwide after playing the role of the superhero Cyclops in the three X-Men movie.

In 2007, he played the role of Corny Collins in the musical movie Hairspray. James also took part in the singing of the song It's Hairspray for which he was Nominated for the American Music Award for Favorite Soundtrack.

Marsden also shined in great roles such as Superman Returns, and the charming Prince Edward in Enchanted.

In 2011, He will play the role of Mark Torres in the movie Killer in the Family.

Help us improve this page:   Correct or update the James Marsden page