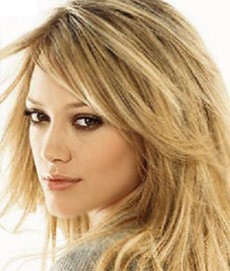 Hilary Duff is a famous singer and actress from America.

Her full name is Hilary Erhard Duff, She was born on the 28th of September 1987.

Hilary Duff is also a songwriter, She started working in theater and TV commercials since she was a child.

Later she became famous after her role in Lizzie McGuire a famous TV series in USA.

Few years later she entered in the movie industry and gained fame in movies such as Cheaper by the Dozen, The Lizzie McGuire Movie and A Cinderella Story.

Help us improve this page:   Correct or update the Hilary Duff page