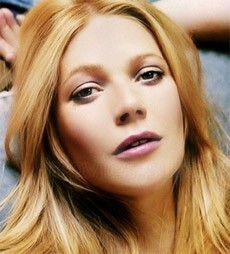 Her full name is Gwyneth Kate Paltrow, Gwyneth was born on the 27th of September 1972.

Gwyneth Paltrow father is Bruce Paltrow and her mother is Blythe Danner.

Gwyneth lef university and decided to start acting in theatre in 1990.

In the year 1991 she acted in her first movie, but it was not until 1995 until she became famous especially after the success of her movie Se7en in 1995.

Her biggest success was in the 1996 movie Emma where she played the lead role.

In the year 1998 Gwyneth Paltrow had an amazing performance in the movie Shakespeare in Love.

Paltrow won the Academy Award for Best Actress, a Golden Globe Award and 2 Screen Actors Guild Awards, for her amazing performance as the lead actress.

Help us improve this page:   Correct or update the Gwyneth Paltrow page