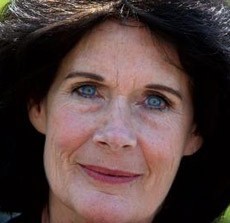 Gretta Duisenberg, widow of European Central Bank president Wim Duisenberg, is a prominent Dutch human rights activist with a pro-Palestinian and anti-Israeli standpoint. Gretta Duisenberg is thought to be the only one who contributed signficantly to the Palestinian cause in the Netherlands, and was made to pay the price by the Zionist lobby, by being subjected to all kinds of name-calling and slandering.

Gretta Duisenberg’s controversial support for the Palestinian cause came to wider international attention when in 2002 she hung a Palestinian Flag outside her home. Soon after that many other Dutch compatriots followed the trend of expressing their support by displaying similar flags. In 2003, the pro-Israeli lobbies in Amsterdam retaliated by launching a protest to revoke her diplomatic passport, claiming she was anti-Semitic.

Gretta Duisenberg is a strong believer in liberation movements and acknowledges the right of nations and people to resist occupation. Gretta Duisenberg started an organization that calls for economic sanctions on Israel, and headed numerous pro-Hamas, anti-Israel and anti-American demonstrations.

Gretta Duisenberg also took part in the Beirut Meeting in Support of the Resistance in January 2010. She has been a guest on Al-Manar TV and has also expressed her support for Hezbollah and the Lebanese Resistance Movement. Duisenberg expressed sorrow and anger towards the destruction she had witnessed during her visit to Beirut’s suburbs which had been completely leveled to the ground by Israeli aircraft in 2006. She also condemned the injustice, hatred and inhumanity shown by Israel.

The clip below shows footage from the 2003 protests in Amsterdam, where Gretta Duisenberg delivered a speech about the Israeli wall of Apartheid

Help us improve this page:   Correct or update the Gretta Duisenberg page