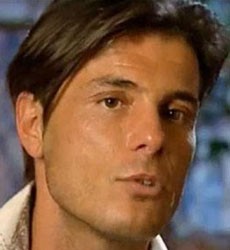 Giuseppe lived for more than 30 years in Paris before moving to Marseille. He is son of calabrais (from Reggio).

Giuseppe took part in the French adaptation of Who wants to marry my son? presented by Elsa Fayer and broadcasted on TF1 in October 2010.

In 2011, Giuseppe was a Viiip in the reality TV show CARRE ViiiP. Although he was married to the winner of the previous show Khadija, and cheated on her with one of the previous candidates Samira, Guiseppe flirted on the show with another reality TV celebrity Cindy Lopes. The couple didn't last long after the show however. Giuseppe unarguably likes to flash a Don Juan bad boy image to remain on the cover of the People Magazines in France.

Help us improve this page:   Correct or update the Giuseppe Polimeno page