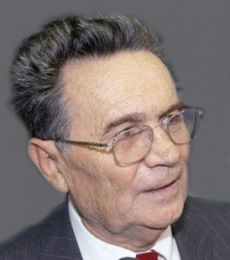 Gheorghe Marmureanu is a famous Scientist, Quake Expert and a top seismologist from Romania who is part of the National Institute of Earth Physics.

Gheorghe Marmureanu has been monitoring earth quakes and earth changes for many years. He is known for his lectures and studies in the field of geology and earth quakes.

On the 11th of April 2012 a series of quakes shook the earth starting with the Sumatra earthquakes, followed by a chain reaction of quakes around world.

In an interview with Bucharest Herald, Gheorghe Marmureanu has raised his concern around the events and spoke out of an unusual phenomena happening that can not be explained. He and other scientists believe that the earth is cracking up on itself as the zone of fire is raging with earth quakes. More than 35 quakes rocked our world with high magnitudes in just a couple of days.

In-fact a statistical table showed that the number of quakes increased by more than 400 times between 2011 and 2012.

Help us improve this page:   Correct or update the Gheorghe Marmureanu page