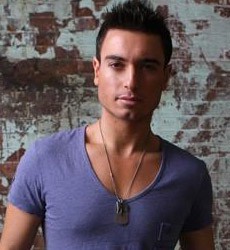 Faydee (aka Fady Fatrouni) is an Australian RnB singer of Lebanese descent.

Faydee is currently mostly known in Sydney Australia, and worldwide through the net, but is rapidly making a name for himself in the international music community. His songs play in most prominent Australian nightclubs and venues such as DCM’s, Space Bar, Sapphire Suite, Home Nightclub, Big Night Out, Auto Salon, Veevees Lounge, and eche Nightclub.

Faydee's debut single was a double A side track "Breakthrough/Not In The Mood", which received a positive response from Australian FM radios. It was followed by the release of another track called "Wonder Why", which samples part of Tupac’s "Wonder Why They Call You Bytch". One of his most popular songs is called "Never Ever".

Faydee was the opening act for Karl Wolf's 2008 Sydney concert.

Faydee is now working on his debut album "Never Saw Me Coming” expected to be officially released on July 10th, from which he has already released the lead track called Drunk (off your love), and another great song entitled "Psycho" which was shot as a music video.

Help us improve this page:   Correct or update the Faydee page