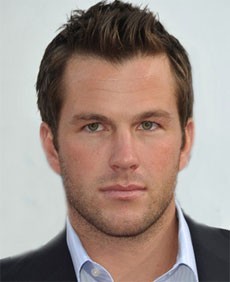 Doug Reinhardt is a famous baseball player and a reality television celebrity. Doug Reinhardt started playing baseball at the age of four in school then later in high school.

In the year 2007, Reinhardt signed a contract with the Baltimore Orioles and he played with the baseball team professional for a complete season.

In the early 2009, Doug had a serious knee injury so he stopped playing baseball and focused on his studies at Pepperdine University. He agrees that his education is as important as his professional sports career.

Doug became famous after he was introduced as a member of the reality TV series, The Hills which aired on MTV.

Reinhardt actively promotes his business which is known under the name Fun Facter. He is also the Chief Executive Officer of FUGEN Mobile and Fun Facter.

Doug work is mainly focused on the core strategy of FUGEN Mobile and its ability to offer a complete mobile solution to its customer’s nation wide.

Fun Facter is a company based in US which produces and markets across the nation a wide range of premium mobile content, including SMS alerts, music, games and other community services.

Fun Facter was created in November 2005 and quickly emerged as a leading mobile phone content and entertainment provider in North America.

Doug also works with a real estate company known as Entrepreneurial Properties Corporation. Reinhardt is part of its multi-family real estate investments. He work involves conducting detailed research studies and analysis in many metropolitan locations across the Midwest and Southwest.

Doug Reinhardt started dating Paris Hilton during 2008 and 2009, The media has been following them and taking pictures of the couple at each vacation and nightclub they attend.

Help us improve this page:   Correct or update the Doug Reinhardt page