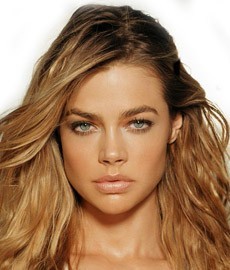 Denise Richards is a beautiful American Movie and Television actress.

Her full name is Denise Lee Richards, was also known before her divorce Denise Sheen.

She was born on the 17th of February 1971 in Downers Grove, Illinois.

Denise Richards is also a former fashion model. Her popularity started in ninties, after she appeared in a number of movies with focus on her sex appeal. It all started when she took the role on Cindy in the Movie Loaded Weapon 1 in the year 1993.

Five years later, she came back to the big screen to play the role of Carmen Ibanez in the action adventure movie Starship Troopers.

She also took a nice role in movies such as Wild Things, and The World Is Not Enough, Scary Movie 3 and Love Actually.

In Television, her career started back in 1991 when she played the role of the girl in the sitcom Married with Children.

She also took good roles in Television series such as: Beverly Hills, 90210, Seinfeld and Two and a Half Men.

Denise had her own reality TV-show, Denise Richards - It's Complicated which is broadcast on American channel E!.

In 2009 she played the role of Laura in the movie Finding Bliss. She also took part in the Dance reality show Dancing With the Stars in 2009.

Help us improve this page:   Correct or update the Denise Richards page