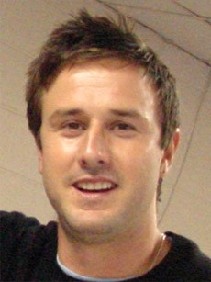 David Arquette is an American actor and a former wrestler.

His full name is David James Arquette and he was born on the 8th of September 1971.

In addition to being an actor, David Arquette is also a movie director, a producer and a screenwriter.

David Arquette became famous after his role in the Scream trilogy in the late 90s.

He also took role of Deputy Dwight "Dewey" Riley in the Scream 4 in the year 2010.

Help us improve this page:   Correct or update the David Arquette page