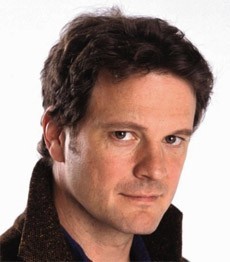 Colin Firth is a famous English actor. Colin Firth has been known to perform in movies, tv and even on stage.

Colin Firth full name is Colin Andrew Firth and he was born on the 10th of September 1960 in England.

Colin Firth became famous in the United Kingdom and around the world after his role as Mr Darcy in the 1995 tv version of Pride and Prejudice.

In the year 2001 Firth became famous world wide after his success in the movie Bridget Jones's Diary, in which he starred along with big actors such as Hugh Grant and Renée Zellweger.

In the year 2010 he took the role of King George VI in the movie The King's Speech.

Help us improve this page:   Correct or update the Colin Firth page