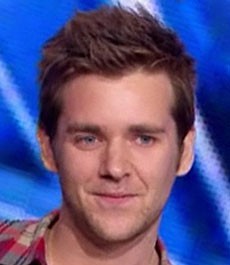 Christophe is a school speech therapist in special education and a candidate of X Factor France.

He is originally from southern Belgium, he has been singing since childhood and has performed on stage for the first time at age eleven.

He finished in the last 60 candidates of the New Star talent show in 2007.

Four years later, he was one of six candidates in the group of more than 25 years led by Christophe Willem.

Help us improve this page:   Correct or update the Christophe Gillard page