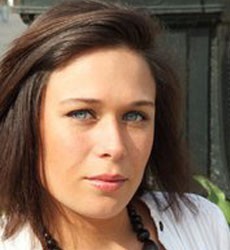 Charlene Gervais is a French singer, finalist in X Factor 2011.

Charlène Gervais,also known as Charlene Hayes, had been singing professionally for a while but only became known after making it to the finals of X Factor 2011 France.

Help us improve this page:   Correct or update the Charlene Gervais page