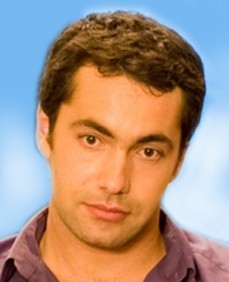 Cédric Ben Abdallah is a French actor and standup comedian.

Cédric Ben Abdallah was born in 1980 Nanterre (France), to an Algerian father and a French mother. He started his career as a standup comedian in Paris, where he had moved at the age of 20. Ben did his segment in front of an admirative public at Théâtre Trévise Paris, a theatre that had previously showcased now famous comedians Gad Elmaleh and Dany Boon. Cédric Ben Abdallah then plays in several other theaters in Paris, like Moloko or Café Oscar, before joining the band of standup comedians Jamel Comedy Club. In solo, he made the Petit Palais des Glaces and even secured the first part of the performance of Daniel Prevost. In 2008, Cédric Ben Abdallah did his funny one man show called “Ben, what else?” at the Point Virgule theatre, promoted with a parody poster inspired by George Cloony’s “Nespresso, what else?” campaign.


Cédric Ben Abdallah then made his entrance into the world of television, alongside Alexis Tregarot and Stéphane Blakowski in “Les Agités du Bocal” on France 4. He also appeared in “Miss Green” in the role of Ben, and in “Ben se fait des films” also in the role of Ben on France4 TV channel.


Cédric Ben Abdallah is mostly known for his recent appearance of 2010 in « Les Invincibles » on Arte TV, a French adaptation of a similar Canadian series that has proved to be quite a success. It was directed by Alexandre Castagnetti and Pierric Gantelmi d’Ille. Four friends in their mid to late thirties sign a pact so as not to finish old and embittered. They refuse to grow up and continue the unbridled pursuit of pleasure and freedom, accumulating boorishness and disappointments of all kinds. First step in the pact?? Dump your girlfriend! With his charming good looks, beau gosse Cédric Ben Abdallah was naturally given the role of Vincent (Vince) a handsome chap that knows how to get women in bed; sometimes even men fall under his spell! The series that has a very hilarious scenario, good acting and a fun editing, is expected to run for another season in 2011.

Help us improve this page:   Correct or update the Cedric Ben Abdallah page