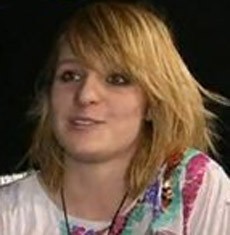 Bérénice Schleret took part of this show at the age of 19, She came from Plougastel-Daoulas, France.

Berenice is a student of communication in an IUT de Caen university, the young woman has adopted a decidedly rock style.

Her performance as an AC/DC singer was a big success. The jury believed in her talent and moved her to the next stage of casting.

During her casting in Paris, Berenice Schleret sang the songs: Highway to Hell from AC/DC and Total Eclipse Of The Heart for Bonnie Tyler.

Help us improve this page:   Correct or update the Berenice Schleret page