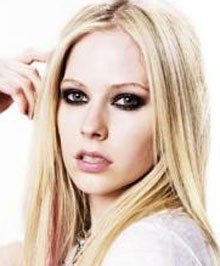 Avril full name is Avril Lavigne Whibley, she was born on the 27th of September 1984.

In addition to being a great singer, Avril Lavigne is also a famous songwriter, fashion designer, and also a good actress.

In 2006, Canadian Business Magazine ranked her the seventh most powerful Canadian in Hollywood.

In the year 2002 Lavigne released her first album entitled, Let Go, it was a great album which sold over eighteen million copies worldwide.

In the year 2004, she released her second album entitled, Under My Skin which sold over ten million.

Some of Avril Lavigne great songs include Complicated, Im With You, My Happy Ending and her famous song Girlfriend.

Help us improve this page:   Correct or update the Avril Lavigne page