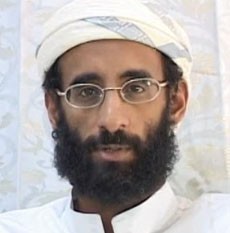 Anwar al-Awlaki is the new successor of the late Osama Bin Laden.

Anwar al-Awlaki or Aulaqi is being presented by the corporate media as 'the new face of terror' as Ayman al-Zawahiri is apparently not charismatic enough for American audiences, as per NBC News.

He is also already being called in Britain the “new Osama”, such as the Sun that reported he is plotting a Mumbai-style massacre in the country.

Anwar al-Awlaki is a controversial American personality of Yemeni descent. He was born on April 22, 1971 in Las Cruces, New Mexico. As per American officials, Anwar is a senior recruiter, motivator, and trainer for al-Qaeda.

Another controversial personality pointed out as a potential replacement for Osama is Ilyas Kashmiri.

On the 30th of September 2011, a US official and the Yemen Defense minister reported that Anwar was killed. There was no indication on who killed him and how he was terminated.


Help us improve this page:   Correct or update the Anwar al-Awlaki page