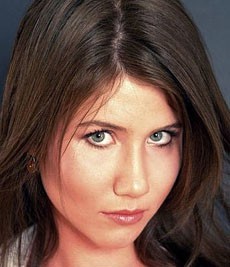 Anna Chapman, a 28 year old beautiful Russian national was amongst a ring of 10 Russian moles cracked down on June 28th of 2010, in New York. Anna was accused by the FBI of being part of a "deep cover" spy ring operating since the 1990s, transferring sensitive information to a Russian official via electronic means. She had previously worked at Barclays Bank in its London office between 2004 and 2005, before moving to New York in 2009 to gather intelligence information on the United States. She had also worked in a senior level for NetJets, a British private plane hire company.

Anna Chapman was described by The New York Post as “a 28 year old divorcee with a Masters in Economics, an online real-estate business, a fancy Financial District apartment and a Victoria’s Secret body.”

Read more about Anna as the Sexy Russian Spy.

Anna Chapman was repatriated back to Russia, in one of the largest spy-swap ever between Washington and Moscow. The exchange took place on July 9th 2010 at Vienna Airport and involved 15 spies (11 Russian and 4 Americans).

Help us improve this page:   Correct or update the Anna Chapman page