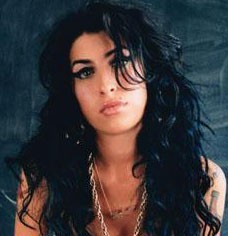 Amy Winehouse is a famous and controvertial English singer and song-writer. Her full name is Amy Jade Winehouse, Amy was born on the 14th of September 1983.

Amy Winehouse is poplular for her special mixes of several musical genres such as R&B, soul, jazz, rock and roll.

She has a powerful contralto vocals which gives her a unique place in the music industry.

Her first album Frank had a good success in Britain. The Album was nominated for the Mercury Prize.

In the year 2006 Amy Winehouse released her second album entitled, Back to Black which gave to 6 Grammy Award nominations and she won five of them.

Winehouse has been the muse for fashion leaders such as Karl Lagerfeld. Amy Winehouse had major problems with drugs and alcohol.

In the mid of the year 2008, Amy Winehouse developed signs of emphysema, which is probably caused by heavy cigarette smoking and cocaine.

Help us improve this page:   Correct or update the Amy Winehouse page