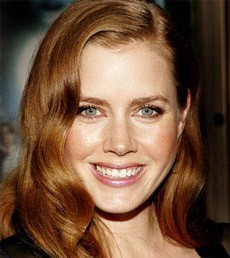 Amy Adams is a famous American actress who was born as Amy Lou Adams on the 20th of August 1974 in the United States of America.

Amy Adams started her professional career by performing on stage in dinner theaters before making her screen debut in the the year 1999 in a movie called Drop Dead Gorgeous.

She also appeared in few Television series until she took a big role in the movie Catch Me If You Can, few years later she also took a bigger role the movie Junebug in the year 2005 and for her role she got an Academy Award nomination.

As of April 2008, she is engaged to her boyfriend of six years, actor and artist Darren Le Gallo.

Help us improve this page:   Correct or update the Amy Adams page