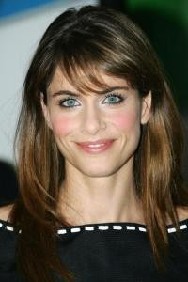 Amanda Peet is an American movie and television actress. Amanda Peet was born on the 11th of January 1972.

Peet started her career in television commercials, and slowly moved to small roles in tv movies.

In the year 1995, she was cast in a guest role on the hit tv series Law and Order

In the year 2000, she acted her best performance was in the hit movie, The Whole Nine Yards along with Bruce Willis.

In the year 2000, she was voted by People Magazine as one of the Most Beautiful People in the World.

Help us improve this page:   Correct or update the Amanda Peet page