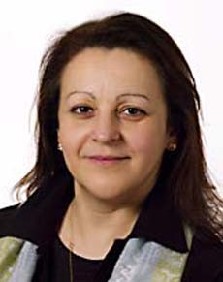 Alima Boumediene is a French politician (senator) and activist in the Green Party, from Arab Origin.

Boumediene-Thiery has continuously sought the adoption by Europe of a common definition for citizenship, giving equal rights including political rights to all residents of Europe, whatever their nationality.

Halima Boumedienne comes from an Arab family in the Parisian suburbs, and has been immensely involved in issues related to Immigration in France and Europe, Women and Human Rights, racism...and is a defender of the Boycott Israel movement in the World (BDS).

The latter is a peaceful political campaign calling to bring all kinds of economic, academic, cultural and political pressures on the Israeli government to choose the path of a negotiated solution to the conflict with the Palestinians. It was formally launched on 9 July 2005 by Palestinian civil society and gathers more than 172 international organizations.

This is why in 2010, Alima Boumediene-Thiery (along with 79 other personalities) was accused with anti-Semitism by Sammy GHOZLAN, self proclaimed defender of Israel in France. Other names included Omar Slaouti (NPA), and Stephane Hessel (Member of the Russell Tribunal for Palestine).

To note that Boumediene has received the support of French Jewish Union for Peace (UJFP).

Help us improve this page:   Correct or update the Alima Boumediene-Thiery page