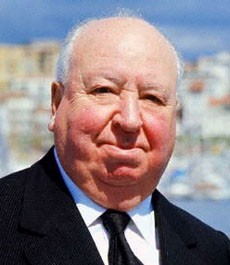 Alfred Hitchcock is a famous icon in film making and directing, his full name is Sir Alfred Joseph Hitchcock, he was born on the 13th of August 1899 and died on the 29th of April 1980 in United Kingdom.

Alfred Hitchcock was also an influential British producer who had his own style in making suspense movies and psychological thriller techniques in cinema.

Alfred Hitchcock started his work in United Kingdom in both silent movies then moved into the movies with audio, soon he moved to Hollywood.

In the year 1956, Alfred Hitchcock became an American citizen, and was officially a member of the hollywood family.

Hitchcock directed more than fifty movies, from black and while silent movies to full color with audio movies.

Hitchcock is considered today as one of the leading filmmakers in the world of all times.

Help us improve this page:   Correct or update the Alfred Hitchcock page