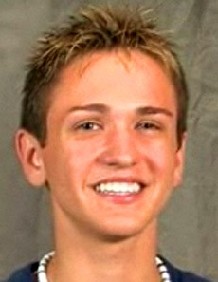 Aaron Kelly is a young talented singer who was among the top 24 candidates on the ninth season of American Idol.

Aaron Kelly is the youngest contestant in this season, he participated when he was only 16 years old. Aaron Kelly was born in the year 1994.

Aaron Kelly has a very good voice and expected to do very well at American Idol.

Ellen Degeneres, the new judge of American idol who replaced Paula Abdul in season 9, likes Aaron Kelly and favors him.

Help us improve this page:   Correct or update the Aaron Kelly page