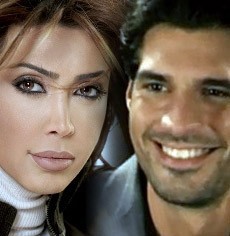 The video clip of Nawal Al Zoghbi for the song Alf W Miyeh also known as Alef Wmiyeh or Aktar Men Alf We Miyah was produced in the month of April 2011.

In the videoclip Nawal El Zoghby appears in six different looks, along with Italian model Alessandro Coppola. The same model has appeared last year in the videoclip of Khallik Behalak with Carol Samaha.

Nawal clip did not air on any Television station yet. Stay Tuned as we bring it to you as soon as it gets released.