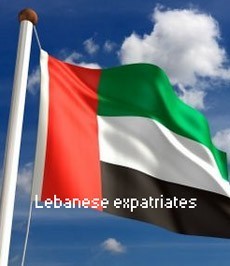 After they had helped develop and modernize what was once a lifeless arid desert from the Stone Age, the Lebanese expatriates residing in the Emirates are now being forced to leave the country!

It seems extradition is the newest symbol for appreciation by which Arab communities recognise the long hard years these Lebanese faithfully contributed to the growth of cities like Dubai and Abu Dhabi. This is very unfortunate and quite revolting!

On a political level, some say the UAE is just following orders from Israel and the USA, which are hoping to put pressure on Lebanon. Some well established families were given just one week to sell all their properties and businesses, pack their bags and evict the premises. The employees of other Lebanese employees were asked to do the dirty job for them instead.

In anthropology and sociology, the mechanisms of gift-exchange and service-exchange are fundamental to the organization and cohesions of the societies in which they are practiced. Gifts give rise to reciprocal exchange. It engages the honour of both giver and receiver.

The giver is symbolically giving a part of himself, so the act of giving creates a social bond with the obligation to reciprocate on the part of the recipient. This results in a long term relationship of exchange. However, to not reciprocate means to lose honour and status. When the receiver is unable to return this gift-debt, the recipient feels uncomfortable and harbours a feeling of guilt and inferiority. Appreciation ultimately turns into hatred and ungratefulness towards the giver.

Could the Lebanese have given much more than the UAE is able to accept and reciprocate? One thing is for sure, the UAE has most certainly lost all honour in the eyes of the Lebanese.

The Emirati officials in Lebanon have been hiding to avoid any embarrassments. To this date, there are no official clarifications on the subject. Shame on you Dubai!

And to think that Julia Boutros sang a song to honour that city! We would like to welcome these courageous Lebanese back home, and wish them good health and prosperity. Lebanon is proud of you!

This Article was prepared by Sophie.Dagher
All copyrights are reserved to the Author of the Article