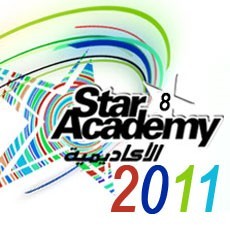 The eight season of Star Academy started officially on the 1st of April 2011.

New students joined this season from various Arab countries., with New Talents hoping to be explored and launched into stardom in this 2011 version.

It is worth mentioning that once again, the Lebanese Broadcasting Corporation - LBC will is airing the StarAc 2011 on all of its channels, both terrestrial and satellite.

The guests for Star Academy 8 were as follows:

Help us improve this page:   Correct or update the Star Academy 2011 page